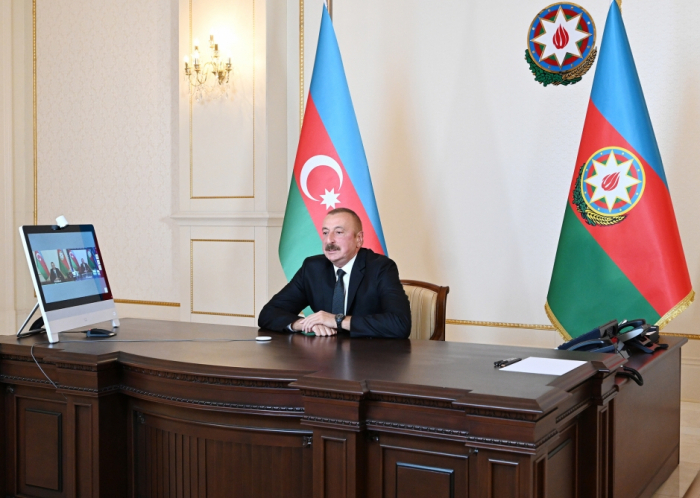 "Turkey's role in the region is of stabilizing nature. Turkey is our brother and ally. From the early hours of Armenian attacks against Azerbaijan Turkish President and other leaders have expressed their support for Azerbaijan and the international law. Armenia grossly violates the international law by keeping Azerbaijani lands under occupation for nearly 30 years," President Ilham Aliyev said.

The head of the state made these remarks in his interview at the "60 minutes" program of the Rossiya-1 TV channel dedicated to the recent events on the Azerbaijani-Armenian contact line.

Speaking of Turkey's role, the head of the state said: "Turkey supports us morally and we express our gratitude to Turkish President, leadership and people for their solidarity. All the rumours spread by the Armenian side on Turkey's participation in the conflict are of provocative nature - fake news. There is no evidence regarding Turkey's participation in the conflict and there is no necessity. Azerbaijani Army has enough readiness to defend its people and its territory.