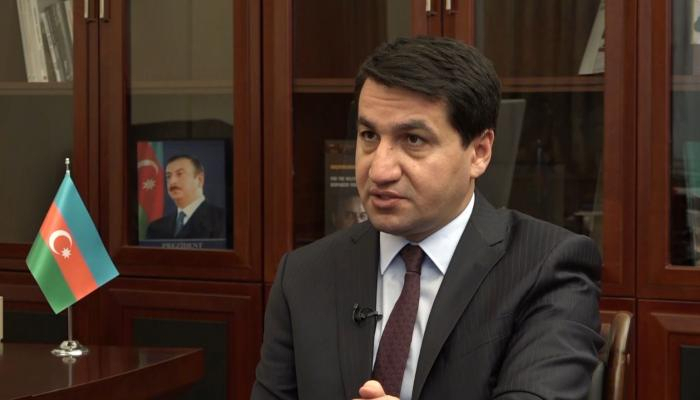 Azerbaijan welcomes holding of closed consultations at the UN Security Council on September 29, 2020 in connection with the Armenian aggression against Azerbaijan, Assistant to the President of Azerbaijan, Head of the Foreign Affairs Policy Department of the Presidential Administration of Azerbaijan, Hikmat Hajiyev said, AzVision.az reports.

“In 1993, the UN Security Council adopted four resolutions calling for the withdrawal of Armenian forces from all occupied territories of Azerbaijan. Armenia has not yet implemented those resolutions. This is primarily a disrespect to the Security Council itself,” Hajiyev said.