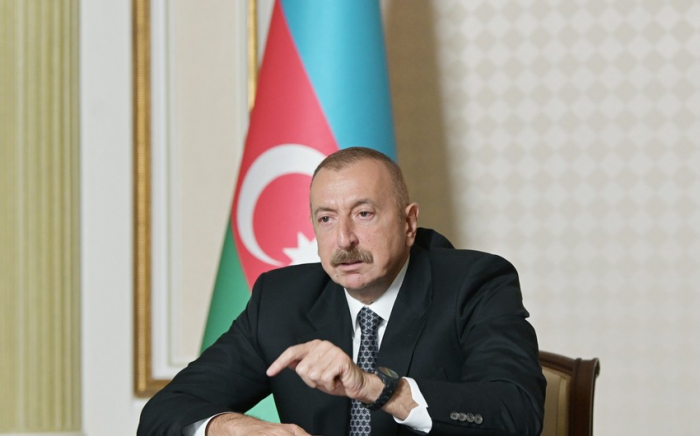 Azerbaijani soldiers are fighting in their lands for the liberation of the occupied territories from the invader Armenia, this is the biggest difference between Azerbaijani and Armenian soldiers, said President of Azerbaijan Ilham Aliyev in his visit to  wounded soldiers at the Central Military Clinical Hospital of the Defense Ministry.

"I want to address Armenian people to say that do not become hostages of the ugly deeds of the Armenian leadership. They have a right to hold their government liable for making them send young men to the front line to fight against Azerbaijani Army in Azerbaijan. What is the Armenian soldier doing in Azerbaijan? We are fighting for our land. Our soldiers and officers were killed and got wounded in their own lands while fighting for the liberation of their territories from Armenian occupation", the head of state highlighted.