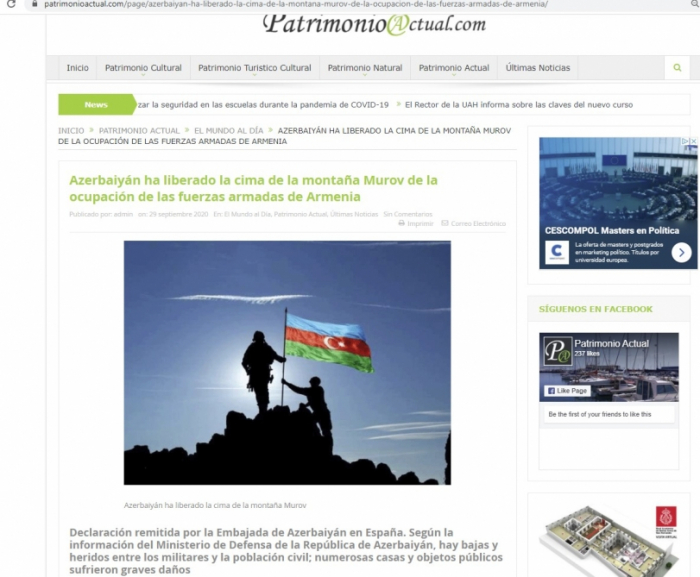 The article strongly condemns the next provocation committed by the Armenian Armed Forces on September 27 by violating the ceasefire, firing on Azerbaijani positions along the line of contact using large-calibre weapons, mortars and grenade launchers.

The article also highlights that Armenian side flagrantly violates the fundamental norms and principles of International Law, International Humanitarian Law, including the Geneva Conventions of 1949 and their Additional Protocols, Resolutions 822, 853, 874 and 884 of the 1993 UN Security Council, demanding the total and unconditional withdrawal of Armenian troops from the occupied territories of Azerbaijan

It was specifically mentioned that the political and military leaders of Armenia bear full responsibility for the current situation.