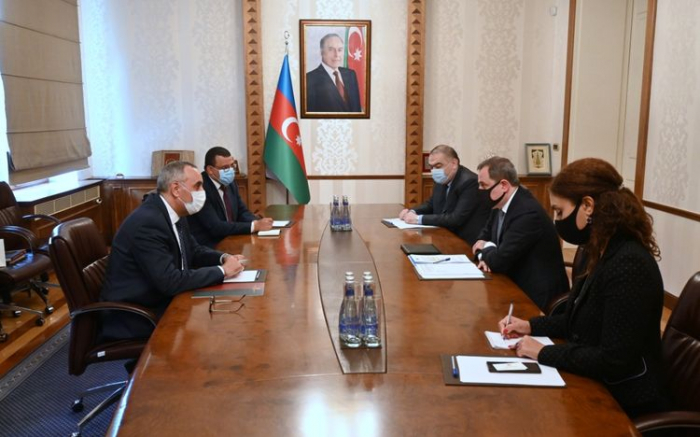 During the meeting, the sides expressed satisfaction with the development of bilateral political relations between the Republic of Azerbaijan and the Kingdom of Morocco and discussed prospects for future development.

It was noted that there are favorable opportunities for the development of cooperation in economic and humanitarian fields, as well as in the areas of tourism, alternative and renewable energy.

Minister Bayramov briefed his interlocutor on the grave consequences of Armenia's aggressive policy against Azerbaijan and stressed that the reason for the tension in the region is an ongoing policy of aggression of Armenia.

Noting that the attack was a continuation of the purposeful provocative activities carried out by Armenia in the latest months, the minister stated that Azerbaijan took appropriate countermeasures against the armed forces of Armenia within the legal right to self-defense and to ensure the security of civilians. The minister stressed the need for the immediate withdrawal of armed forces of Armenia from the occupied territories in order to ensure lasting peace and security in the region and noted the demands of the decisions and resolutions, including the related UN Security Council resolutions that constitute the basis for the settlement of the conflict.

At the same time, the sides exchanged views on other issues of mutual interest.