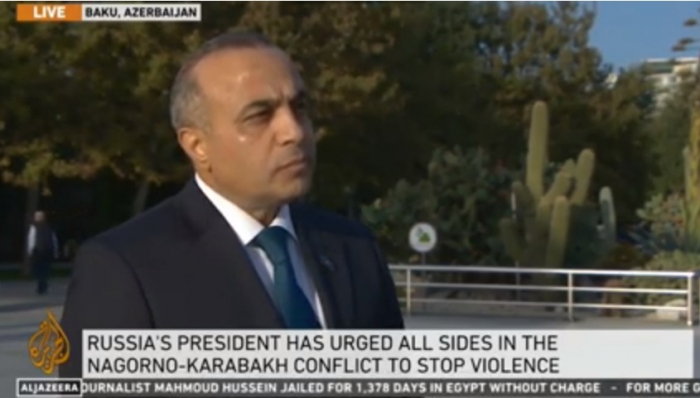 During the interview, Azay Guliyev spoke of Armenia's aggression against Azerbaijan, Armenian shelling at civilians emphasizing the importance of international organizations calling on Armenia to stop the occupation of Azerbaijani lands and unconditionally implement four resolutions of the UN Security Council.