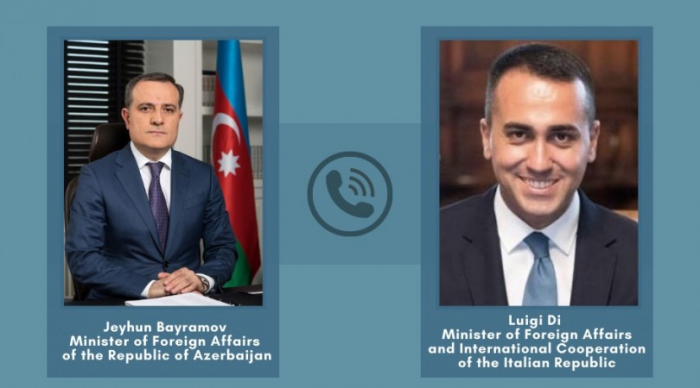 Minister Luigi Di Maio expressed his concerns over the extremely tense situation existing in the region. He stressed the importance of reducing tensions and ensuring peace.

Minister Jeyhun Bayramov informed the other side about the new act of aggression committed by Armenia against Azerbaijan and the countermeasures taken by the Azerbaijani Armed Forces in response. It was brought to the attention of the Italian Foreign Minister that Armenia has, as usual, violated international humanitarian law, and shelled the Azerbaijani civilian population and infrastructure, which resulted in casualties among civilians. It was stressed that Armenia's ongoing policy of aggression is the basis of tension in the region. It was also noted that in order to achieve lasting peace and security, it is necessary to implement the decisions and resolutions adopted by international organizations, primarily the UN Security Council resolutions.