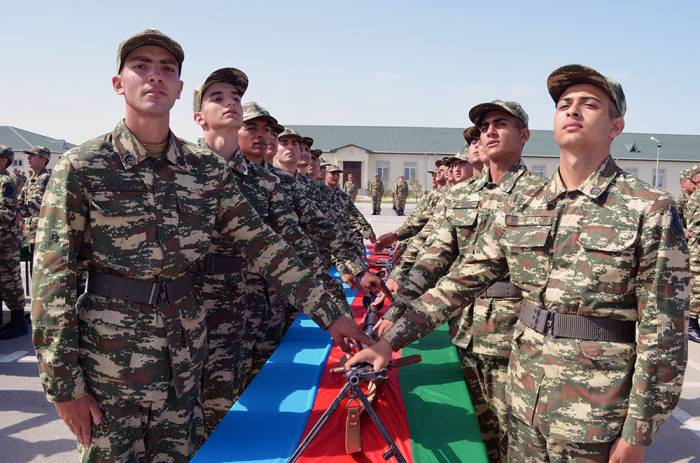 Under the order signed by the Supreme Commander-in-Chief of the Armed Forces Ilham Aliyev on August 26, October conscription has begun, First Deputy Chief of the State Service for Mobilization and Conscription, Major General Zaur Abdullayev told reporters.

"The current conscription is a procedure which is carried out four times a year in accordance with the relevant law. Young people who have reached the age of 18 and do not have the right to deferment are sent to military service in accordance with the law to fulfill their duties for the Motherland. Young soldiers will not be sent to the front, but to the military units of the relevant types of troops - training centers. Within next three months they will be trained there, taught military secrets, and then continue their service in their assigned places," Major-General Zaur Abdullayev said.