Erdogan says combat to continue until Karabakh is liberated 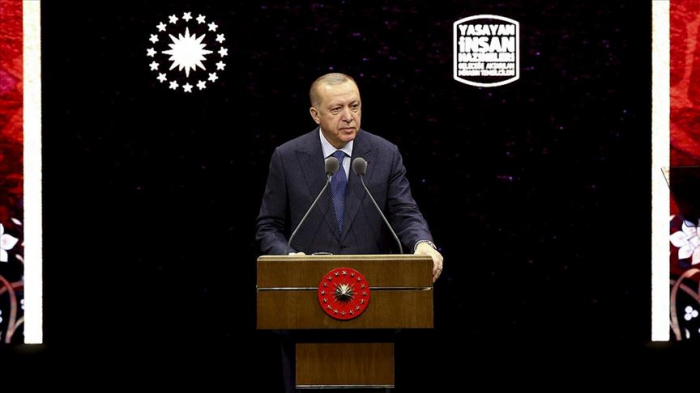 Armenia, which did not withdraw its troops from the occupied territories, attacked Azerbaijan again, but this time received a very heavy response, said .Turkish President Recep Tayyip Erdogan at the opening ceremony of a hospital in Konya, Azvision.az reports.

Erdogan highlighted that the successful counter-attacks of the Azerbaijani Army allowed them to liberate many territories from the Armenian occupation.

"We will stand by friendly and brotherly Azerbaijan with all our opportunities and hearts. Hopefully, this struggle will continue until Karabakh is liberated from occupation. "