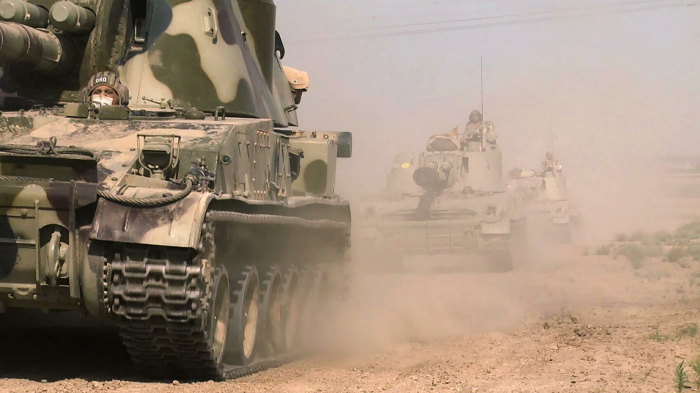 "Not a single combat aircraft of the Azerbaijani Air Force was shot down during the ongoing battles in Karabakh," said the head of the Press Service of the Ministry of Defense of Azerbaijan, colonel Vagif Dergahli.

Earlier on Saturday, the press secretary of the Armenian military department Shushan Stepanyan stated that Azerbaijani aircrafts was shot down in Karabakh at 07.25 Moscow time. Later, the representative of the Armenian Defense Ministry Artsrun Hovhannisyan reported about two more destroyed aircraft of the Azerbaijani Air Force.

"Today, Armenia again spread disinformation about allegedly shot down aircaft and unmanned aerial vehicles of the Azerbaijani Air Force. We repeat once again that not a single combat aircraft of the Azerbaijani Air Force was shot down. On the contrary, Azerbaijan's counter-offensive operations continue to destroy the military equipment of the Armenian Armed Forces. Video recordings of Azerbaijan's attack UAVs are regularly presented to the public. By spreading false information about the losses of Azerbaijan, representatives of the Armenian Defense Ministry are trying to fill the information vanity, they have about the hostilities, "Dargahli told RIA Novosti.