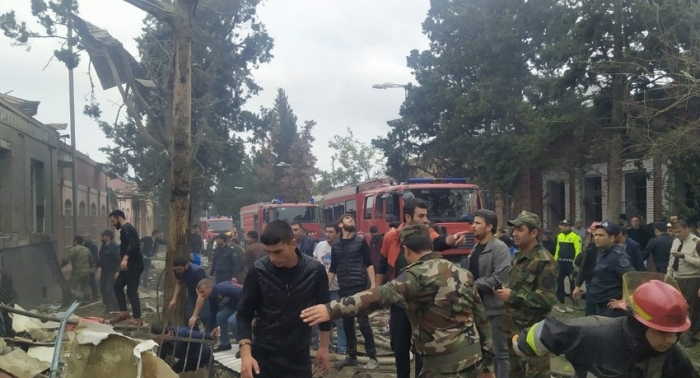 "Arising from the provocative nature of the military-political leadership of the Republic of Armenia, Armenian armed forces continue shelling of Azerbaijani settlements with high population density, civilian facilities, including private and apartment buildings, using heavy artillery installations, violating the norms and principles of the international humanitarian law rudely", the press service of the Ministry of Emergency Situations told Azvision.az.

Today, since the early hours in the morning, Ganja, the second largest city of Azerbaijan, which fully situates far away from the battlefield, was hit with rocket missiles from the territory of Armenia.

According to the preliminary information fire in an address was prevented and the relevant measures were taken for eliminating the consequences of destructions in three addresses by the Ministry of Emergency Situations. Two injured people were removed from the destructions by the rescuers and handed over relevantly.

Additional information will be provided.