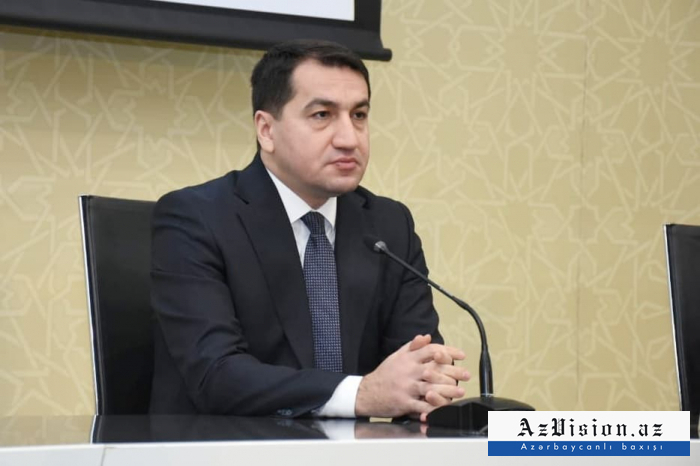 "The presence of Armenian armed forces in the occupied territories of Azerbaijan poses threat for the entire region. The current leadership of Armenia is also a threat to the region", Assistant to the President of Azerbaijan, Head of the Foreign Affairs Policy Department of the Presidential Administration Hikmat Hajiyev said.

"The population of Ganja, Tartar and other cities are strong and not afraid of these attacks", he said.

Hajiyev said that the Azerbaijani Armed Forces are neutralizing legitimate military facilities in the territory of Azerbaijan with accurate missile strikes.

"The enemy's artillery points near Khankendi were destroyed. According to UN Security Council resolutions, the Armenian armed forces must be withdrawn from the occupied Azerbaijani territories."