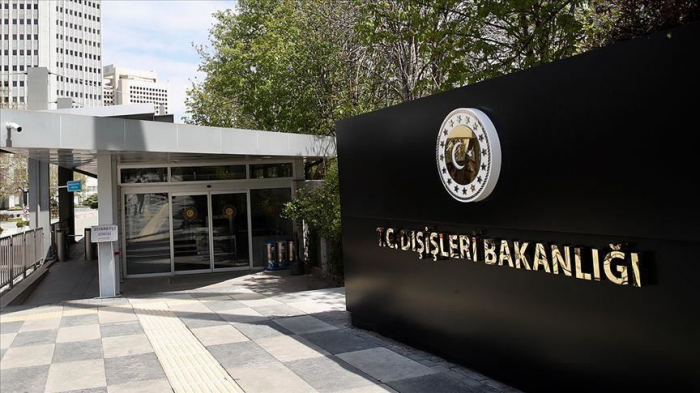 These attacks are an indication of the desperation Armenia has fallen into and that it will not refrain from committing crimes against humanity with aims to continue its illegal occupation," the Turkish Foreign Ministry said in a statement.

The statement further stressed that targeting of civilians in Ganja is "a new manifestation of Armenia's unlawful attitude".

Underscoring that Armenia has violated all principles of humanitarian law, primarily the Geneva Conventions, the ministry said Armenia is attacking civilian settlements beyond the conflict zones that it occupies.

"Armenia is the biggest obstacle to peace and stability in the region," the Foreign Ministry said.

Turkey once again expressed its support for Azerbaijan, a country that declares that it will not bow to the provocation of Armenia, that it uses its right to self-defense arising from international law within its internationally recognized borders and that it makes all possible efforts to prevent harm to the civilian population.