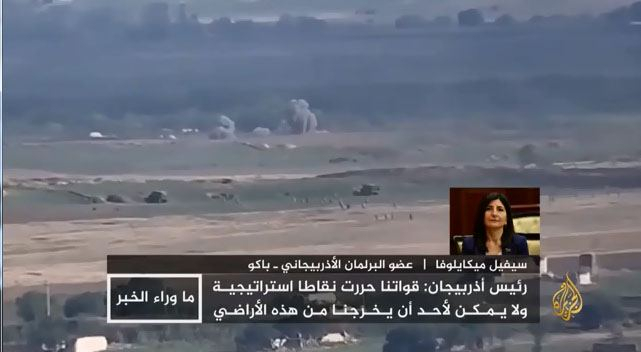 Azerbaijani MP Sevil Mikayilova gave an interview to Al Jazeera TV channel in connection with Armenia’s ongoing provocations against Azerbaijan and the aggravation of the situation on the front line, AzVision.az reports on Oct. 4.

“Armenia has not fulfilled the UN Security Council’s resolutions on the Armenia-Azerbaijan Nagorno-Karabakh conflict settlement for 30 years,” the MP said. “As a result of Armenia’s non-constructive position, the negotiations on the settlement of the conflict have reached a dead end.”

Mikayilova stressed that the Armenian military-political leadership is responsible for the aggravation of the situation at the front.

The MP added that the Armenian armed forces must be withdrawn from Azerbaijani territories to restore peace in the South Caucasus.