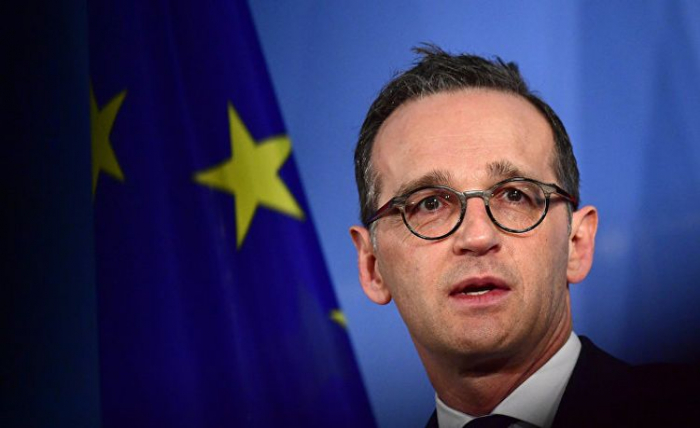 The NGOs of Azerbaijan appealed to Federal Minister for Foreign Affairs of Germany Hayko Maas his statement regarding the Armenia-Azerbaijan Nagorno-Karabakh conflict, AzVision.az reports.

We, the NGOs of Azerbaijan, would like to stress that the recent statement Federal Minister for Foreign Affairs of Germany Mr. Hayko Maas at the German Bundestag, calling for a unilateral ceasefire of Azerbaijan and to put pressure on our country was met with deep concern and disappointment among the Azerbaijani public.

As known, since September 27, 2020, Armenia, in gross violation of the ceasefire, has launched large-scale military operations in order to occupy new territories of Azerbaijan. As a result of Armenia's military aggression, Azerbaijan's civilian population, strategic industrial facilities, including the Baku-Tbilisi-Ceyhan oil pipeline, which plays a key role in Europe's energy security, and major cities located hundreds of kilometres away from the conflict zone are under rocket fire of Armenia. In the past two weeks, Armenia has deliberately killed 32 innocent Azerbaijani civilians and wounded 165, destroying more than 1,000 homes and civilian infrastructures, using long-range missiles and artillery in gross violation of international humanitarian law and the 1949 Geneva Conventions.

We firmly believe that Germany, as a member of the OSCE Minsk Group and the country playing an important role in ensuring peace and security in Europe and the world, must respect the decisions and resolutions adopted in different years by the UN Security Council, PACE, the European Parliament and the OSCE Parliamentary Assembly, as well as the German Bundestag, unequivocally supporting the territorial integrity, sovereignty and inviolability of the internationally recognized borders of Azerbaijan and should strongly condemn the failure of the occupying Armenia to comply with these demands.

With this in mind, we urge Germany, which also adopted the above-mentioned documents, to support the settlement of the Armenia-Azerbaijan conflict within the norms and principles of international law, including the territorial integrity, sovereignty and inviolability of the internationally recognized borders of the Republic of Azerbaijan and, in order to restore ceasefire and peace in the region, to demand Armenia’s immediate, complete and unconditional withdrawal from our occupied territories.

We hope that Germany, as always, will continue to maintain its principled position in accordance with objectivity and international law.

Signed by the 45 NGOs of Azerbaijan: