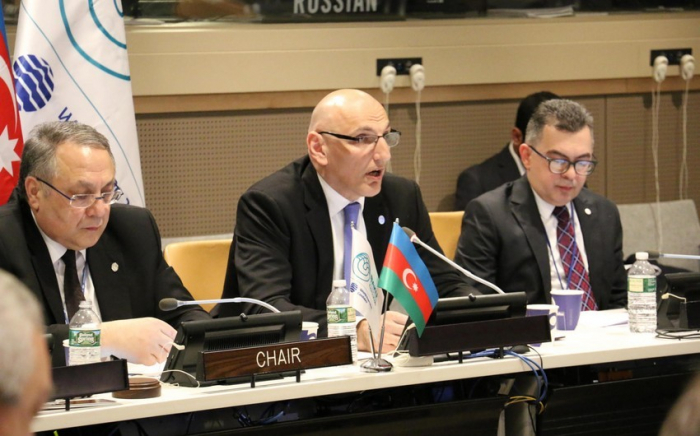 Elchin Amirbayov, aide to the First Vice President of the Republic of Azerbaijan Mehriban Aliyeva, gave an interview to the Swiss newspaper La Liberte, AzVision.az reports.

In the article published on Oct. 8 in the newspaper, accusing the Armenian Prime Minister Nikol Pashinyan of provcations, Elchin Amirbeyov stresses that the civilian population residing in and infrastructure located in the territory of Azerbaijan are targeted every day from the territory of Armenia, With this, Armenia violates international humanitarian law and commits war crimes. The purpose of Pashkinyan's provocations is to involve Russia in this conflict.

Referring to E.Amirbeyov newspaper reads that Azerbaijan does not receive Turkey's military assistance and it does not need it. For nearly 30 years, the OSCE Minsk Group and its co-chairs Russia, France and the United States conducted a mediation mission to resolve the conflict in a peaceful way, but, unfortunately, the conflict has not yet been resolved and therefore the co-chairing countries are also responsible. The failure of the co-chairing countries to put pressure on Armenia since the early 1990s has created a sense of impunity in Armenia.

"Azerbaijan insists that Armenian military forces must be withdrawn from all occupied territories of our country in accordance with the four UN Security Council resolutions adopted in connection with the Armenia-Azerbaijan Nagorno-Karabakh conflict."

"Following Pashinyan's disruption of the negotiation process, it is questionable whether he is a responsible partner, and this is a serious obstacle. Baku may return to talks, but we must be sure that Armenia will give up its occupation policy and withdraw its troops from our territories unconditionally", he said.