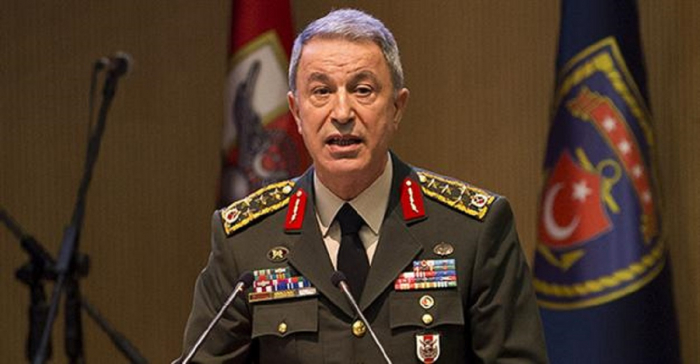 Armenia should withdraw from the Azerbaijani territory it occupies before any talk of a cease-fire, said Turkey's defense minister on Thursday, AzVision.az reports citing Anadolu Agency.

"Those who stay silent on the occupied Azerbaijani lands should ensure Armenia's retreat from Karabakh instead of calling for a cease-fire," Hulusi Akar said at an event in the Turkish metropolis Istanbul.

He said keeping silent on Armenia's occupation of the Azerbaijani territory of Nagorno-Karabakh and its massacres of civilians amounts to "hypocrisy."

There is now a new opportunity for a lasting solution to the Nagorno-Karabakh issue, he said, adding: "We can't afford to waste time for another 30 years."