Supreme Commander-in-Chief of the Azerbaijani Armed Forces Ilham Aliyev on Friday announced that the Hadrut settlement, a historical territory of Azerbaijan, and other eight villages were liberated from the Armenian occupation thanks to the Azerbaijani Army’s victory march to Nagorno-Karabakh.

The latest satellite image of Hadrut was obtained via the Azersky satellite on the day of the settlement’s liberation, AzVision.az reports. 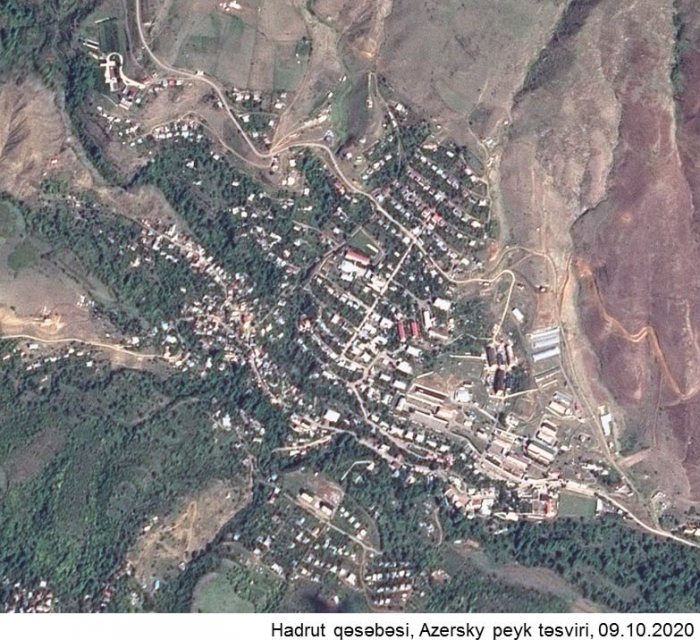