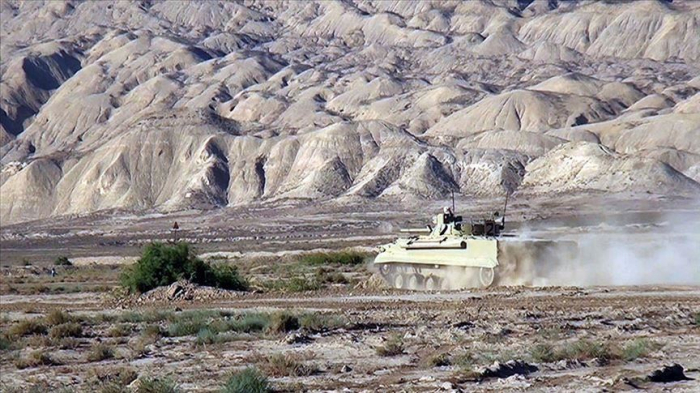 The International Union for Muslim Scholars (IUMS) on Saturday urged Armenia to withdraw from occupied territories in the Nagorno-Karabakh region.

In a statement, the Qatar-based group called for a lasting cease-fire between Azerbaijan and Armenia, along with serious and constructive dialogue to resolve the dispute while respecting each other’s territorial integrity.

The union strongly condemned Armenia’s occupation of Azerbaijani territories and its aggression, stressing that injustice will always be overcome no matter how long it takes.

A humanitarian cease-fire for the exchange of prisoners and retrieval of bodies came into force at 12 p.m. local time (0800GMT) on Saturday.

However, Azerbaijan has said that Armenia continues to “grossly” violate the agreement by attempting to mount attacks and shelling civilian areas.

Clashes erupted between the two countries on Sept. 27, and since then Armenia has continued attacks on civilians and Azerbaijani forces.

Relations between the two former Soviet republics have been tense since 1991 when the Armenian military occupied Upper Karabakh, or Nagorno-Karabakh, an internationally recognized territory of Azerbaijan.

Multiple UN resolutions, as well as international organizations, demand the withdrawal of the invading forces.

The OSCE Minsk Group – co-chaired by France, Russia, and the US – was formed in 1992 to find a peaceful solution to the conflict, but to no avail. A cease-fire, however, was agreed to in 1994.

Many world powers, including Russia, France and the US, have called for a new cease-fire.

Turkey, meanwhile, has supported Baku’s right to self-defense and demanded the withdrawal of Armenia's occupying forces.