Dead body of another resident found under the rubble in Ganja 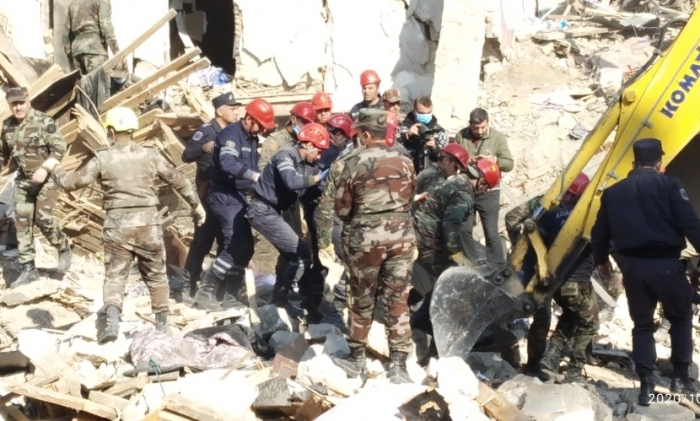 The rescue operation of residents from the rubble of an apartment building destroyed by the Armenian armed forces on October 11, at night, Armenia launched ballistic missile attack targetting civilians in Azerbaijan's second-largest city, Ganja continues.

The dead body of another resident was found under the rubble today at around 10:20 pm, AzVision.az reports.

Note, the armed forces of the occupant Republic of Armenia violated the norms and principles of international law, including the requirements of the 1949 Geneva Conventions and the Additional Protocols to the Convention, as well as the requirements of the humanitarian ceasefire, declared on October 10, 2020, at 12 p.m, continues to shell residential areas with heavy artillery, deliberately targeting the civilian population of Azerbaijan.