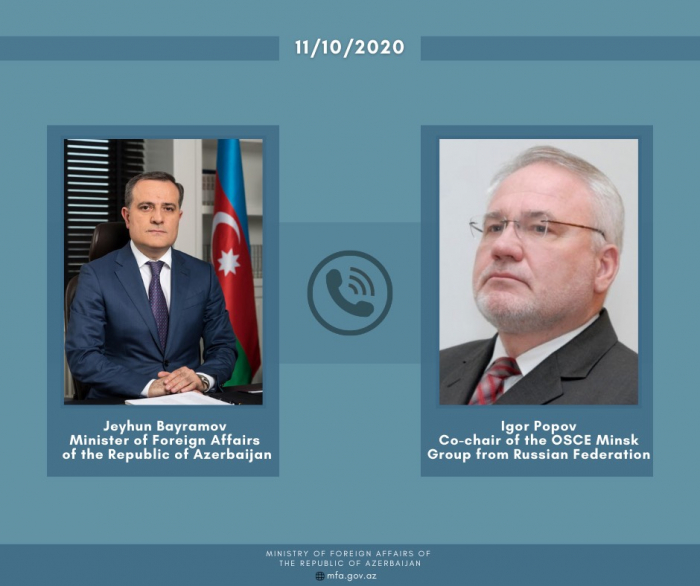 On October 11, 2020, on the initiative of the Azerbaijani side, a telephone conversation took place between Foreign Minister Jeyhun Bayramov and OSCE Minsk Group co-chair of Russia Igor Popov, the Foreign Ministry told AzVision.az.

Minister Bayramov informed the other side that Armenia continues to deliberately fire on Azerbaijani civilians and civilian objects even after the humanitarian ceasefire was established.

Russia's co-chair of the OSCE Minsk Group Igor Popov expressed regret over the situation and stressed the importance of ensuring the ceasefire.

The Russian co-chair of the OSCE Minsk Group, Igor Popov, expressed his concerns over the situation and stressed the importance of compliance with the terms of the Moscow agreement.