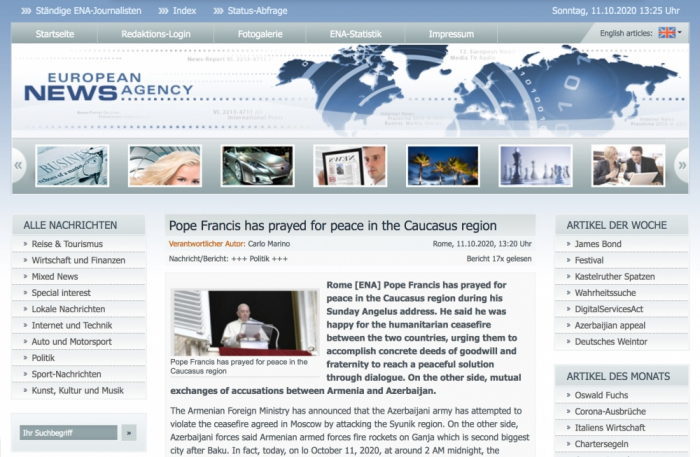 The European News Agency's special correspondent Carlo Marino reported about Armenia's rocket fire on apartment building in the central part of Ganja - the second largest city in Azerbaijan, far from the frontline.

The reporter informed the European community about the shelling of Ganja by the Armenian armed forces, which killed 9 civilians, injured 34 people, as well as damaged numerous residential buildings and various facilities. It was noted that the Armenian armed forces, defeated by the Azerbaijani Army on the battlefield, are targeting civilian objects and civilians violating the ceasefire.

The author also included Pope Francis's views on the military aggression of the Armenian armed forces in the Nagorno-Karabakh region of Azerbaijan.