Group of Armenian reservists destroyed in direction of Nagorno-Karabakh 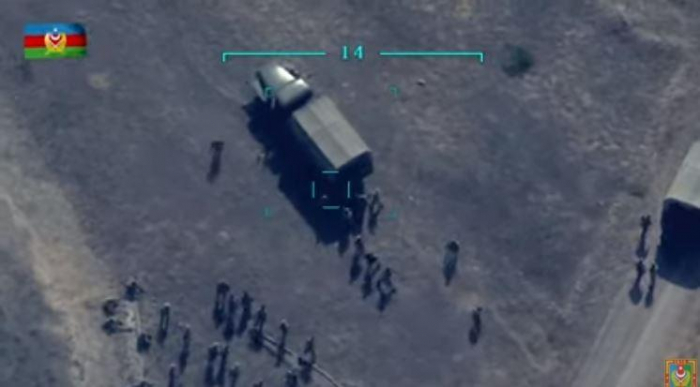 According to the information received, during the combat operations, the military personnel, who took up positions in the area defense responsibility of the 5th mountain rifle regiment of the Armenian armed forces, were defeated, the manpower of the 1st motorized rifle regiment up to one company in number was ambushed, and the moving auto vehicles were destroyed.

A convoy of vehicles of the 4th motorized rifle regiment moving in the Askeran direction, and a group of reservists moving from the Sisian settlement of Armenia in the direction of the occupied territories of Azerbaijan, were destroyed by fire strike.