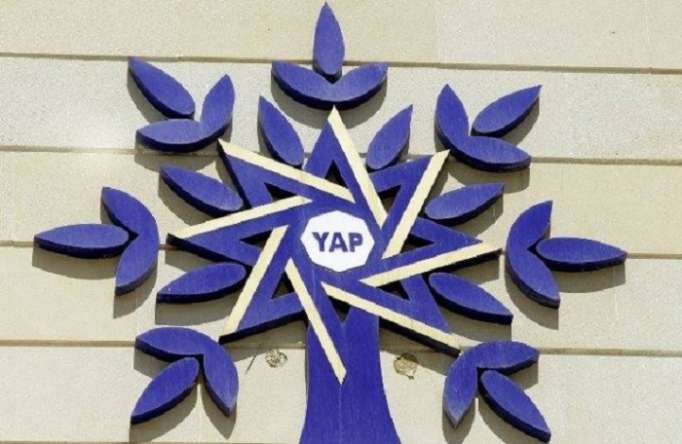 The “Yeni Azerbaijan” (YAP) ruling party in Azerbaijan has sent an appeal to the world community, blocks of political parties and political parties which it cooperates with in connection with death and injury of civilian people as a result of Armenia's missile attack on Ganja - the second largest city in Azerbaijan, located outside the conflict zone - on the night of October 11.

The appeal was sent to 57 political parties from 37 countries of Europe and Asia, as well as to a number of international organizations.

The YAP in its appeal informs about another act of vandalism commited by Armenian Armed Forces against Azerbaijani civilians and its grave consequences, emphasizing that Armenian terror poses a treat to humanity.

The YAP notes that since September, 27 as a result of these attacks of Armenia, 41 civilians of Azerbaijan have been killed, including schoolchildren, more than 200 civilians have been injured, more than 1000 houses and other civilian infrastructure have been destroyed.

This act of vandalism by Armenia is another gross violation of the humanitarian ceasefire, which came into force at 12:00 on October 10 and was achieved as a result of 11-hour tense negotiations in Moscow between the Foreign Ministers of Azerbaijan and Armenia during a meeting initiated by the foreign minister of Russia.

"From the first minutes of the announcement of the humanitarian ceasefire, the Armenian Armed Forces started shelling cities and villages, civilian objects, the civilian population of Azerbaijan. Thus, the leadership of Armenia, violating the norms and principles of international law, the Geneva Conventions of 1949 and their Additional Protocols, as well as the demands of the humanitarian ceasefire, agreed upon at the insistent request of the Armenian side, committed new crimes against humanity," said the appeal.

The YAP's appeal says that the world community, which constantly calls on the parties to a ceasefire, must express its attitude to these actions of Armenia, which are contrary to international law and the principles of humanitarian truce.

"The violation of the humanitarian ceasefire by the Armenian Armed Forces, the shelling of Ganja, Mingachevir and other settlements of Azerbaijan demonstrates the Armenia's disrespect for the international community, as well as the fact that the calls of the leadership of this country for a ceasefire are hypocrisy," said the appeal.

YAP called on the international community, including political parties and blocks of political parties which it cooperates with, to firmly condemn Armenia's actions aimed at violating the humanitarian truce and its attacks on the civilian population of Azerbaijan.