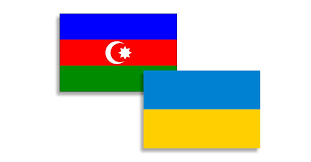 Co-chairs of the Ukrainian-Azerbaijani working group on inter-parliamentary relations, Valeriy Kolyukh and Vladimir Kreidenko, sent a letter to the Parliament of Azerbaijan, expressing deep concern over the Ganja events, and the violation of the humanitarian ceasefire, the Parliament told Trend.

In the letter, Ukrainian MPs stressed that the civilian population of Azerbaijan isn’t a party to the hostilities, and strongly condemned the violation of international humanitarian law by Armenia.

The MPs of Ukraine noted the unacceptability of further escalation of the conflict, which could lead to new casualties among the civilian population.

Expressing support for the territorial integrity of Azerbaijan, the MPs stressed that they support a peaceful settlement of the conflict.