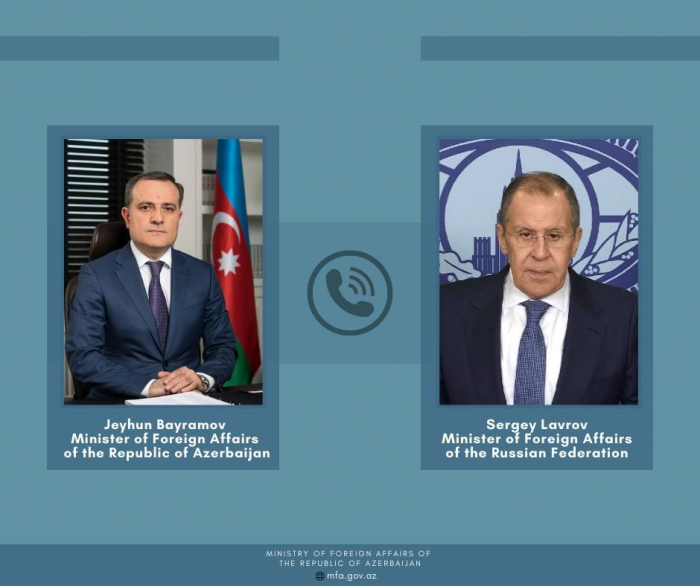 Minister Bayramov informed his Russian counterpart of the latest tensions in the region. He brought to the attention of Sergey Lavrov that on October 14 around 1 am and then again around 8 am the armed forces of Armenia activated their missile systems in the area bordering the occupied Kalbajar region of Azerbaijan, and were ready to open fire on Azerbaijani territory. The armed forces of Azerbaijan destroyed these missile systems in launchpads as legitimate military targets.

Minister Bayramov emphasized that the armed forces of Azerbaijan acted within the right to self-defense and to protect its civilian population, with due account of recent missile attacks by Armenia against the civilian population and infrastructure of Azerbaijan, including the cities of Ganja and Mingachevir. Thus another potential humanitarian catastrophe was prevented and the lives of many Azerbaijani civilians were saved.

The minister stressed that the political-military leadership of Armenia bears full responsibility for the escalation.

Lavrov expressed his serious concern over the loss of civilian lives. He emphasized the importance of respecting the humanitarian ceasefire agreed upon during the Moscow meeting.