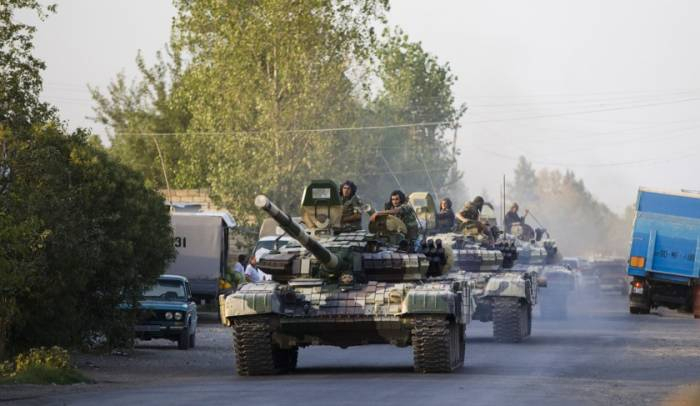 Influential US paper Los Angeles Times has published an article written by the Consul General of Azerbaijan in Los Angeles Nasimi Agayev on the aggressive policy of Armenia on October 14, 2020.

In the article, Nasimi Agayev stressed that Nagorno-Karabakh is not a disputed territory and it is an integral part of Azerbaijan, recognized as such by the international community, the Consulate General of Azerbaijan in Los Angeles told Defence.az.

According to the article, in the early 1990s, Armenia illegally invaded, occupied and ethnically cleansed 20% of Azerbaijan’s sovereign territory, including Nagorno-Karabakh and seven surrounding districts, and expelled 800,000 Azerbaijanis from their ancestral lands. (“In the South Caucasus, the threat of war,” editorial, Oct. 7)

"The United Nations Security Council demanded that Armenian forces be withdrawn. Armenia refused to comply, and the U.N. did nothing to enforce its own resolutions. Thirty years and hundreds of peace negotiations later, Azerbaijan’s territories are still under Armenia’s illegal military occupation, and all those Azerbaijani civilians remain displaced.

"For peace to materialize, Armenia needs to withdraw its armed forces from Azerbaijan’s occupied territories, as demanded by the United Nations, which would allow Azerbaijanis forcibly displaced to return to their homes. Then, the Azerbaijani and Armenian communities of Nagorno-Karabakh will build together a peaceful and prosperous future together," he mentioned.

"Armenians and Azerbaijanis have lived peacefully in Nagorno-Karabakh and other parts of Azerbaijan for many centuries. This is not a religious or ethnic conflict.

Our call is for the U.S. and other powers to ensure respect for international law and convince Armenia to withdraw its forces from Azerbaijan’s occupied territories so that peace between our two nations can be restored," the Consul General stressed.

The article is available HERE