Karabakh: 30 Years of Occupation and Displacement 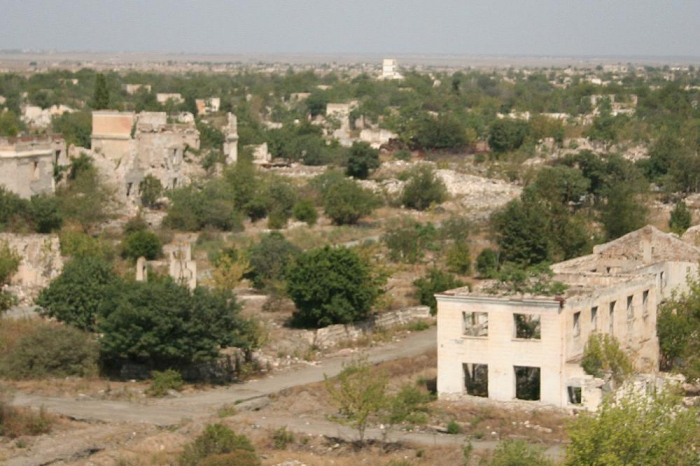 It has been 28 years since I was captured by the invaders, held captive and brutalized in the worst ways imaginable in a torture camp and later released in exchange for gasoline. I was 20 at the time, and after several surgeries to repair the damage torture had caused to my spine, today, I am a survivor, a mother, and a spokesperson for peace. A great part of my healing has come through my closeness with Jewish communities across the world, especially in Los Angeles. We share so much in common; as survivors, innovators and champions for peace in a world overrun by opposition.

Over the last weeks and into today, the same invaders that ripped me from my home 28 years ago, stole my virtue and almost took my life, are firing shells at innocent civilians once again. Armenia has been attacking Azerbaijan, shelling at military and civilians alike, and have so far taken the lives of 41 Azerbaijani civilians, including several small children, and wounded over 200. Armenia’s armed forces have even targeted kindergartens, schools, hospitals, homes for disabled adults, ambulance cars, etc.

When it happened 28 years ago, the world condemned Armenia, for this illegal military occupation, and demanded the withdrawal of Armenian forces from the occupied areas of Azerbaijan, including Nagorno-Karabakh region and seven, completely Azerbaijani-populated adjacent districts, which equal approximately 20% of Azerbaijan’s sovereign territory. Over 800,000 Azerbaijanis were expelled from their ancestral lands and remain to this day internally displaced. Despite international condemnation, Armenia has remained the illegal occupier of Azerbaijan’s sovereign territory for the last almost 30 years. They have desecrated our graveyards, turned our mosques into a barn for pigs and cows, and profited off our childhood homes by renting them through Airbnb. And as if this brutality was not enough, today they open fire at various locations in Azerbaijan, including outside of the occupied areas, attacking Azerbaijan’s major cities or even targeting our main oil pipeline, via which Azerbaijan supplies energy security to Europe, Israel and other nations.

Armenia has even gone as far as sending guided ballistic missiles, in the middle of the night, into Ganja, Azerbaijan’s second largest city, obliterating an entire neighborhood and killing 10 civilians and wounding 33, in their sleep.

Several Armenian missiles also landed next to the Mingachevir Dam, which is the largest dam in the Caucasus – the one Armenia has repeatedly threatened to blow up.

Sadly, I know all too well what this new war is really about. Armenia intends to invade more Azerbaijani territories and dictate its own terms to Azerbaijan, despite violating the most basic laws and precepts honored by all democratic nations, and they continue to do so with relative impunity.

The Armenian media campaign is in full speed, crying out to the Western public as victims, while Armenia has violated every rule in the book while illegally occupying large swathes of its neighbor’s territory and turning hundreds of thousands of civilians into internal refugees.

Reading the news in the morning remains troubling and I tell my daughter not to worry. We are a nation that has always stood up against villainous forces, for centuries, and will continue to champion our national commitment to peace, tolerance and the celebration of diversity. I am absolutely convinced that the day when Armenians and Azerbaijanis of Nagorno-Karabakh will again peacefully live together is not far away. In my hometown of Khojaly in Nagorno-Karabakh and in all parts of the region and beyond, we have lived in peace and harmony for many centuries. We can do it again. The fact that 30,000 Armenians continue to live peacefully in Baku and other major cities of Azerbaijan, despite the conflict, speaks volumes of Azerbaijan’s respect for diversity, tolerance and multiculturalism, – the values that are shared by our incomparably diverse population, that includes Muslims, Jews, Christians, Baha’is, Hare Krishnas and others, who live and practice their faith, culture and traditions in Azerbaijan in peace and dignity.

I also remind my daughter of our allies. We share strong and lasting friendships with the United States, the State of Israel, and all of Europe. We are key partners in the international war against terror. Just as Azerbaijan has stood up for so many throughout history, and into today, we are counting on our allies to stand up against this new aggression targeting our nation, and put an end to an illegal occupation so that we, hundreds of thousands of forcibly displaced Azerbaijanis, can finally return to our homes and lands.

Durdane Aghayeva is a survivor of the Khojaly Genocide and a Muslim woman from Azerbaijan with a special connection to Jewish communities across the world, particularly in Los Angeles.