Azerbaijani FM had phone conversation with his Iranian counterpart 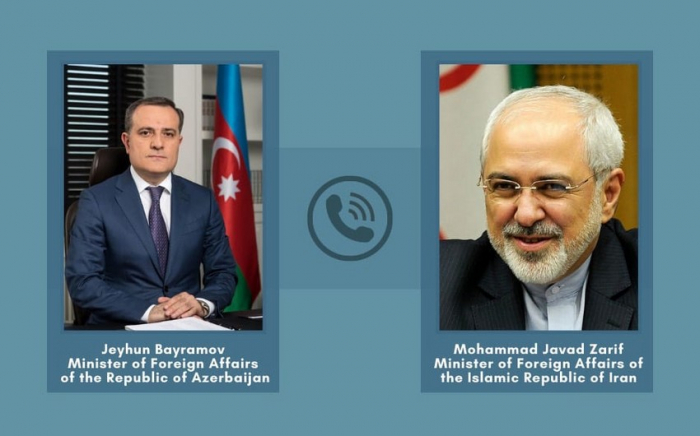 Minister Jeyhun Bayramov informed his Iranian colleague on the latest situation in the region. He noted that despite the humanitarian ceasefire reached during the meeting in Moscow, the Armenian armed forces continue shelling the Azerbaijani civilian population and infrastructures, cities, located far from the conflict zone. Minister stressed that such indiscriminate targeting of civilians using rockets and artillery, including missile attacks on Ganja, caused serious casualties among the peaceful population. Minister particularly noted that this morning Tartar region of Azerbaijan was again targeted by the armed forces of Armenia and as a result of artillery shelling 3 civilians killed and 5 seriously wounded.

Foreign Minister Mohammad Javad Zarif expressed his serious concern over the escalation in the region and the loss of civilian lives. Minister stressed that Iran as the neighboring country is interested in ensuring peace and stability in the region and underlined the importance of a peaceful solution to the conflict.