Azerbaijani FM had phone conversation with his Turkish counterpart 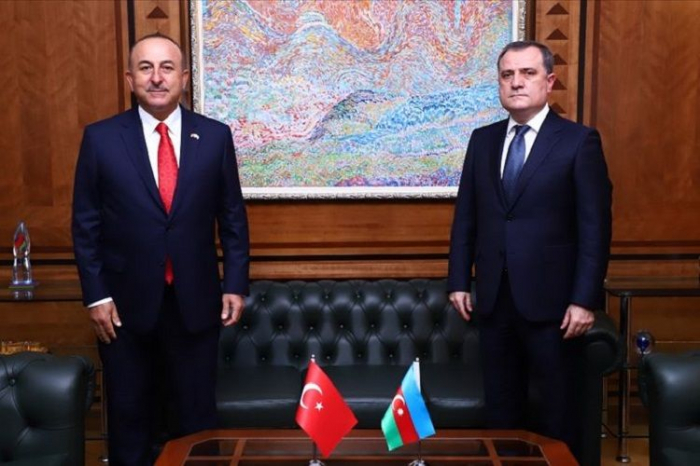 Minister Jeyhun Bayramov informed on the gross violation of the humanitarian ceasefire by Armenia and the firing on Azerbaijani civilians and civilian objects.

Assessing the shooting of people at the funeral as barbaric, Minister Jeyhun Bayramov said that the attack claiming four civilians and wounding five in Tartar, was another war crime committed by Armenia.

Minister Mevlüt Çavuşoğlu strongly condemned the targeting of civilians by the Armenian armed forces. He expressed serious concern over the loss of civilian lives.

The ministers stressed the need for the withdrawal of the Armenian occupying forces from all occupied territories of Azerbaijan, as required by UN Security Council resolutions to ensure peace in the region.