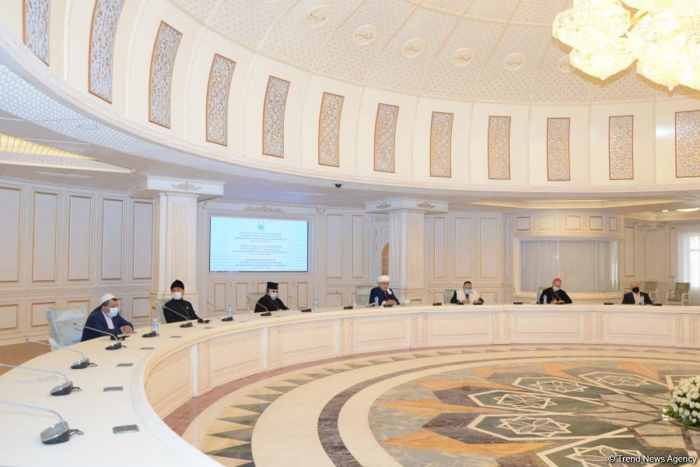 The Armenia-Azerbaijan Nagorno-Karabakh conflict is not an inter-religious confrontation, Archbishop of Baku and Azerbaijan Eparchy of the Russian Orthodox Church Alexander (Alexander Ischein) said.

Archbishop noted that religious leaders have always rendered support for peaceful settlement of the conflict.

“After the signing of the humanitarian ceasefire agreement, everyone hoped for peace,” Archbishop added. "But in the middle of the night, the Armenians opened fire on Azerbaijan’s Ganja city, killing innocent people. This is not a war, the war must be waged between the military. However, the Armenians are opening fire on civilians and civilian facilities. This is an act of barbarism!"

“Armenian politicians say the conflict is interfaith in nature,” Archbishop said. “However, there is no interfaith contradiction here. Look at Baku - there is an Armenian church in the center of the capital of Azerbaijan and it has been preserved. Along with mosques, there are Orthodox, Catholic churches, and synagogues in Azerbaijan. What kind of interreligious confrontation can we talk about in this case?”

“All peoples live in harmony and peace, everyone loves their country,” Archbishop said. “It is impossible not to love this country, these people. Azerbaijani citizens of Russian nationality are fighting for their homeland. One representative of the Russian community has been recently killed in these battles and we have buried him.”

“Azerbaijan is a multinational country and everyone knows that 30,000 Armenians live in Azerbaijan," Archbishop said.