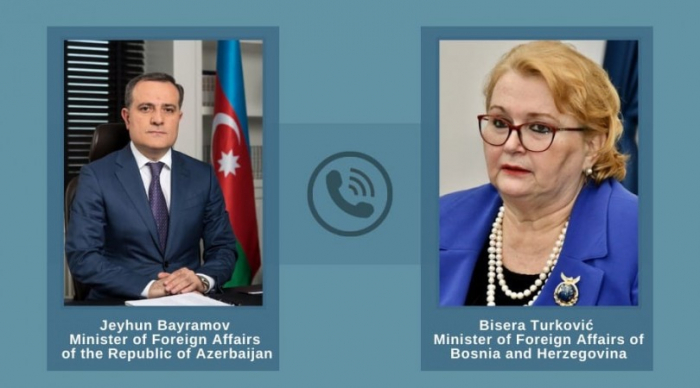 Minister Jeyhun Bayramov, informed his colleague on the new act of aggression of Armenia against Azerbaijan, shelling the civilians and civilian infrastructures, including the towns and districts located far from the conflict zone, rocket firing at Ganja city by the armed forces of Armenia. He stressed that as a result of deliberate targeting of the peaceful population 47 civilians were killed and 222 seriously injured. Minister Jeyhun Bayramov emphasized that Armenia grossly violates the humanitarian ceasefire and demonstrates that Armenia’s adherence to the ceasefire is nothing other than utter falsehood. He noted that Armenia bears full responsibility for the escalation in the region.

Minister Bisera Turković expressed her serious concern and deep sorrow on the killing of the Azerbaijani civilians and presented her condolences to the People of Azerbaijan. She underlined the support of Bosnia and Herzegovina to the just position of Azerbaijan and reiterated that the conflict should be settled based on the territorial integrity of Azerbaijan and the relevant resolutions of the United Nations Security Council.