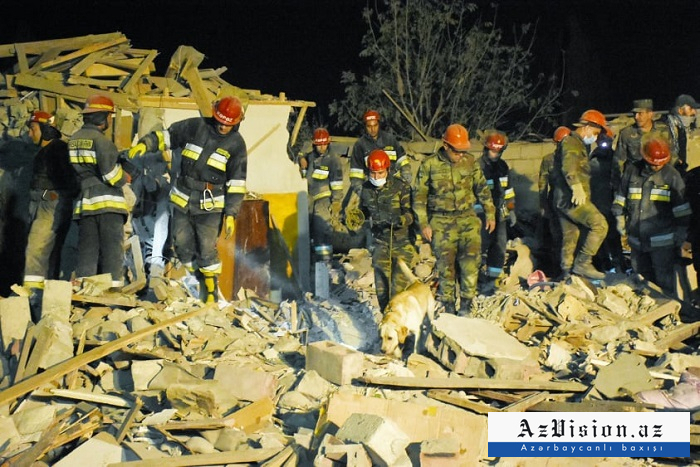 Twenty houses, 1 school, and polyclinics were fully destroyed and 100 houses heavily damaged in Azerbaijan’s Ganja city as a result of a new missile attack from the Armenian Armed Forces, AzVision.az reports.

According to the latest reports, as a result of the Armenian Armed Forces’ missile attack on residential areas in the central part of Ganja city, the second-largest city of Azerbaijan located outside the front line zone at nearly 01:00 (GMT +4) on October 17, 13 people were killed, 52 people injured, and numerous civilian infrastructure facilities and vehicles were heavily damaged.