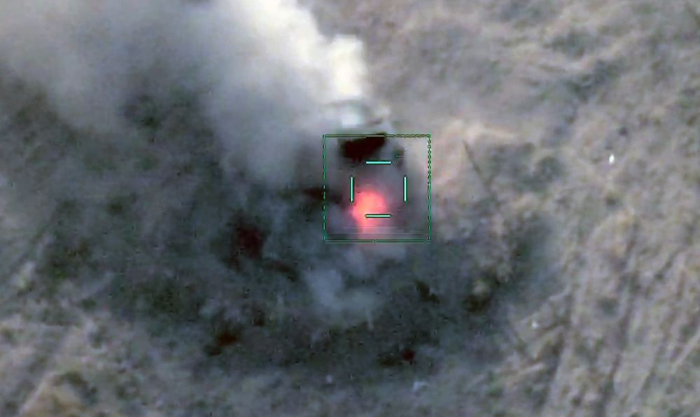 The Azerbaijani Army destroyed one BM-21 "Grad" multiple launch rocket system (MLRS) of the Armenian Armed Forces, shelling the positions of Azerbaijani units during the battles in the Aghdere-Aghdam direction of the frontline, AzVision.az reports the Ministry of Defense of Azerbaijan.

Note, Armenian Armed Forces continuously violated a ceasefire was declared from 12:00 on October 10, 2020 for humanitarian purposes for the exchange of prisoners of war and other detained persons and bodies of the dead, mediated and in accordance with the criteria of the International Committee of the Red Cross.