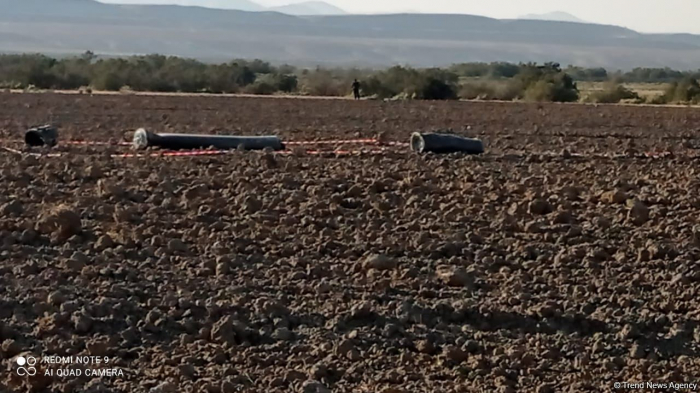 Today at around 13:00, the S-300 missile launched by the Armenian Armed Forces was neutralized above the Khizi region of Azerbaijan. The missile hit an empty field and remains of S-300 missile were found in the village of Sitalchay in Khizi region", said Idris Ismayilov, an operations specialist at the Azerbaijani National Agency for Mine Action (ANAMA), AzVision.az reports.

Currently, works underway to remove the parts of the missile.

Note that the Air Defense Forces of Azerbaijan neutralized the missile fired by Armenia.