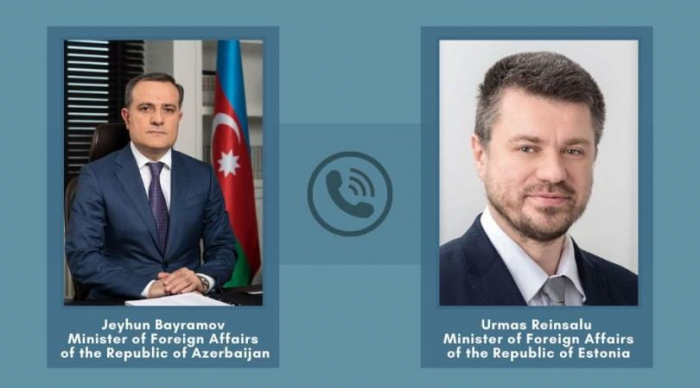 The Ministers exchanged their views on the latest situation in the region.

Minister Jeyhun Bayramov informed his Estonian colleague of the violation of the ceasefire by Armenia. He stressed the deliberate targeting of the civilians and civilian infrastructures by the armed forces of Armenia, including the heinous missile attacks on Ganja twice after the declaration of humanitarian truce. Minister Bayramov underlined that as a result of the latest missile strike on Ganja city 13 civilians including 3 kids were killed, 48 injured. Assessing these atrocities as war crimes, Minister emphasized that Armenian leadership bears responsibility for these crimes.

Minister Urmas Reinsalu stressed the importance of the political settlement of the conflict. Emphasizing the necessity of respecting humanitarian truce, the Estonian Foreign Minister noted the role of the International Committee of Red Cross (ICRC) and mentioned the humanitarian aid of Estonia contributed to the ICRC.