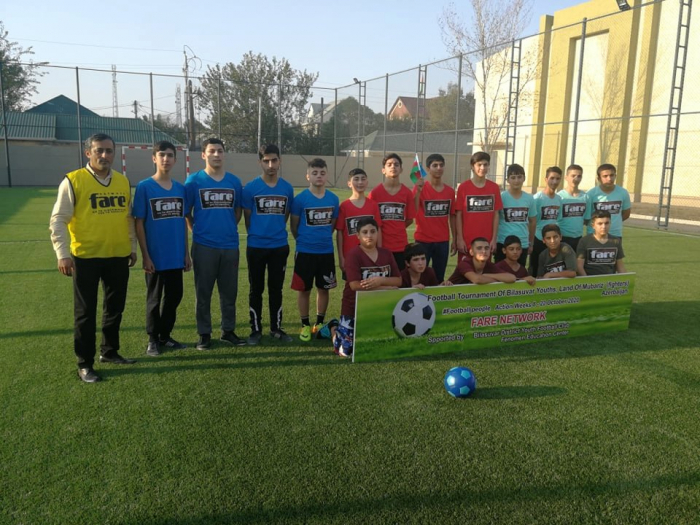 On October 18, 2020, Youth of Bilasuvar district organized a “mini-football tournament named Land of Mubariz’(Fighters), Azerbaijan” in denouncing all forms of racism.

Football tournament organized as part of Action weeks of Fare (formerly Football Against Racism in Europe) Network allowed first time to the youth of Bilasuvar district to represent Azerbaijan in this international movement in fighting against racism.

The Football People action weeks are a two-week international campaign focused on tackling discrimination in football and using the game to educate for tolerance, inclusion and diversity. This two week period starts on 8th October and lasts until 22nd October 2020.

Azerbaijani youth from Bilasuvar district have united to give a clear message that discrimination has no place in our multi-ethnic and multicultural society as part of the 2020 FARE Action Weeks, organized by UEFA's and FIFA’s long-standing partner, the FARE network.

The Fare is a network set up to counter discrimination in European football. The network was set up in Vienna, Austria, in February 1999 after a meeting of football supporters' groups, football players' unions and football associations. The core mission of the network is to tackle discrimination and social exclusion, within football and in society. Today, Fare's secretariat is located in London, the United Kingdom.

Let's mention that the initiative to join the "Fare international Action Weeks" was made by Said Musayev, a research fellow at the Institute of Law and Human Rights at the Azerbaijan National Academy of Sciences (ANAS) on behalf of the Bilasuvar District Youth Football Club.