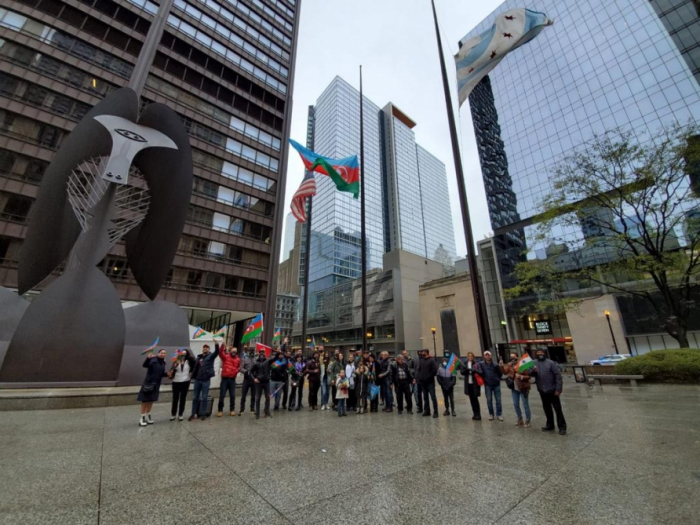 On October 18, on the occasion of Azerbaijan's Independence Day, our tricolour flag was hoisted in the City of Chicago in Illinois, United States, and our national anthem was played", the State Committee for Work with the Diaspora told Azvision.az.

About 50 Azerbaijanis took part in the event organized by the Azerbaijani Center of Midwest America (ACMA). This aimed to show the solidarity of Azerbaijanis around the world and to draw the attention of the American public to the terrorist acts committed by the occupying Armenian army in the city of Ganja, the killing of civilians, including children.