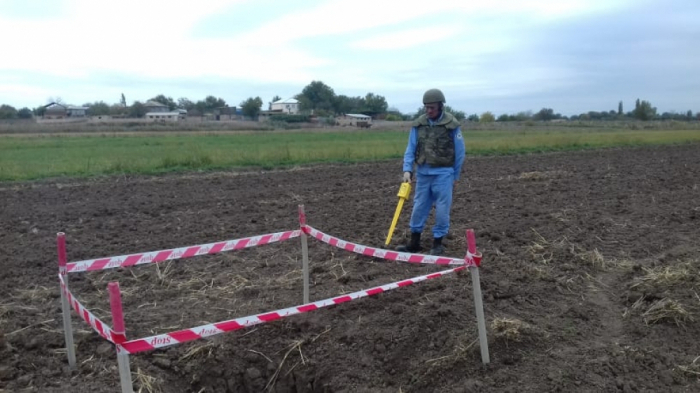 On 21 October, Azerbaijan National Agency for Mine Action (ANAMA) received 31 (thirty-two) calls from the ″102″ Service Call Center of the Ministry of Internal Affairs and 1 (one) calls from the Crisis Management Center of the Ministry of Emergency Situations regarding shells falling on the territory of Azerbaijan's Aghdam, Aghjabadi, Barda, Beylagan, Fuzuli, Goranboy, Tartar, Jabrayil,Naftalan and Kurdemir AzVision.az reports

Three air-to-surface missiles were neutralize, and mine awareness experts conducted mine safety awareness campaigns among 3,688 civilians.