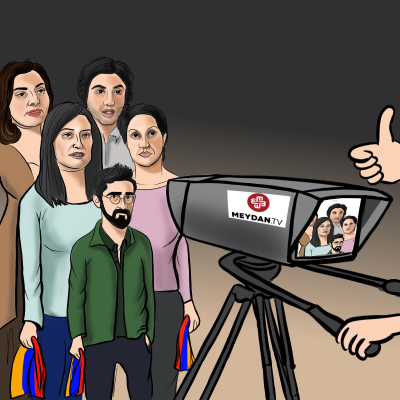 Let's conduct such an experiment. Read the following paragraph and try to guess in which country's media resource it could be published?

While spare food and livelihoods are sent to the trenches and shelters under the slogans of "brave soldier, stand firm", the bodies of deceased soldiers wrapped in the tricolour flag are sent to their houses. However, as can be observed from social media, people are still enthusiastic and under the slogans "forward", they are looking forward to the next address of the President to the nation on the liberated lands.

Are these typical arguments used by Armenian propaganda in recent days? Yes! Do Armenian websites circulate such ideas day and night? Yes! Are these sentences quoted from an Armenian website? Hmmm... You cannot say "yes", but you cannot say "no" either, because these sentences were excerpted from "meydan.tv" - a resource that operates in the information space of Azerbaijan, but in fact realizes a completely different mission.

Since the beginning of the Patriotic War, the people have united as never before. There is almost no disagreement in society on any issue. However, a group of individuals and several media outlets are doing their best to disrupt this unity both at hometown and abroad. They all act on the basis of the same thesis: "This war is not a war of the people, but a war of the governments and the people need peace, not lands".

Although the people spit in the faces of those who say this, they repeat the same things shamelessly. They are trying to accuse the people of supporting the government dealing with the Patriotic War. "Social media users impassioned with nationalism are trying to silence the calls for peace, arguing that the current confrontation is important in terms of liberating occupied territories, that the pacifism is out of place and that the idea of peace and reconciliation is possible only if the war ends in victory (from the article published on meydan.tv).

It's time to know very well these people and cross off their names categorically. When our compatriots living around the world stood up and demanded justice for Karabakh after the incidents happened in Tovuz in July,  by overshadowing the determination and will of the people, they again said that these actions "served the interests of the government". Due to the fact that the theses and face are the same, it is safe to say that the process is controlled from the same place.

These theses are used in accordance with the ideological line that both sides must be treated equally in the ongoing war: “Innocent people are dying on both sides, and these tragedies, which are only necessary for governments, must be stopped.” It turns out that there is no difference between the aggressor and the one suffering from aggression, or the occupant and the one suffering from occupation. That is, they are deliberately striving to erase the notions of ‘fair and unfair parties’ in order not to portray Azerbaijan’s struggle as ‘fair’ and that of Armenia as ‘unfair’.

In fact, these people are serving as a special group of Armenian propaganda on the Azerbaijani side. These traitors insult our martyrs by saying "pacifism" and "no war" and equaling the Azerbaijani young people, who sacrificed their lives for the freedom of the Motherland, with occupying soldiers. By calling the Patriotic War ‘unnecessary’, they are trying to divert the anger of people from the enemy and direct it to their leadership. Their main goal is to disrupt the internal unity inside the country and weaken the people's support for the government. This is a classic scheme that is as old as the world.

You may have a question: Maybe they are really ideological pacifists, humanists, they do not want people to die and they are fighting for human values ?! Not at all. Thousands of people explain and clarify to them in a thousand languages under their posts; Under posts of meydan.tv and Gunduz Agayev's cartoons, everyone is cursing them and calling on them to be by the side of their nation - but it is in vain, they fulfill their mission and will continue to do so, because they have always been prepared and fed for this work.

Certainly, the largest of these Armenian ideological sabotage groups is meydan.tv. The ideas that we quoted at the beginning are from the article published on that website. The article, signed by ‘Anonymous Anonymous', was openly written from an Armenian position. 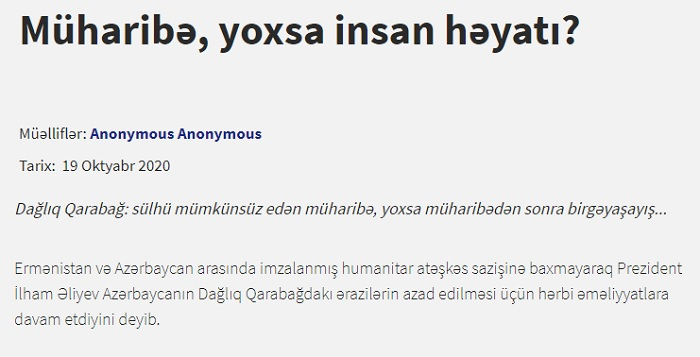 People, who work in this website and consider themselves Azerbaijanis, raise serious questions.

We want to ask some of those questions: Why don't any of the Azerbaijani employees of meydan.tv protest against this provocative line of their editorial offices? Is it true that none of them has the mentality of the Motherland and the State? Is it possible that all employees of an entire editorial office will become "pacifists" at the same time?

In order not to address the questions to the unknown, we want you to personally know all the employees of meydan.tv - this ideological sabotage center operating under the name of "site". People must know their "heroes"!

Natig Javadli - Head of the Baku bureau of Meydan.tv 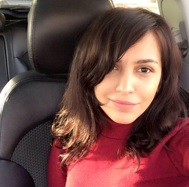 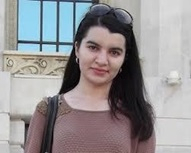