International organizations informed about rocket attacks on our regions 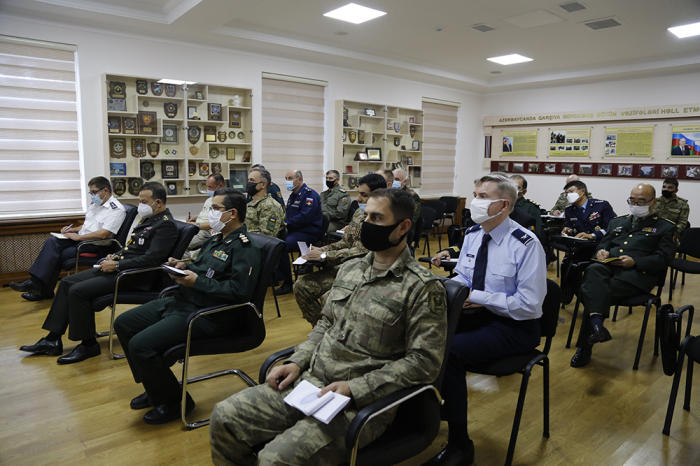 On October 22, the Chief of the International Military Cooperation Department of Ministry of Defense, Major General Huseyn Mahmudov gave another briefing for the foreign military attachés and representatives of the international organizations accredited to the Republic of Azerbaijan.

During the briefing, the guests were informed about direct involvement of Armenia to the conflict, missile attacks from the territory of Armenia to the civilian infrastructures and peaceful population living in the regions far away the combat operations zone – Gabala, Kurdamir and Siyazan regions, as well as vivid violation of the humanitarian truce by Armenia.

Furthermore, destruction and loot of the settlements, historical-architectural as well as religious sites of the liberated regions – Jabrayil and Fuzuli region, and misuse of combat vehicles as a medical means in combat operations were emphasized through the meeting.