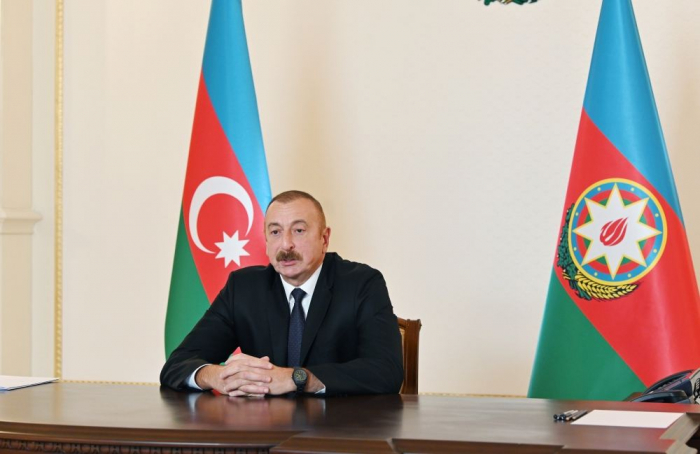 We are ready to stop today. I was telling that since October 10 when in Moscow both sides agreed about a ceasefire. And I said that the sooner the military part of the solution of the problem is over, the better.

President of Azerbaijan Ilham Aliyev made the remarks in an interview with the French Le Figaro newspaper, AzVision.az reports.

“We want to move to the negotiation table, but unfortunately, Armenia brutally violated the ceasefire and launched an attack on Ganja. On October 17, they violated the ceasefire two minutes after it was efficient. Therefore, if they stop today, we will stop and the rest will be done by diplomats. If they don’t stop, we will go until the end to liberate all the occupied territories. If they stop now and behave in a constructive way if they are publicly committed to the basic principles elaborated by France, Russia and the United States, which Azerbaijan is committed to, then, of course, everything will stop and we will back on the negotiation table,” emphasized President Aliyev.

The President stressed that after Pashinyan came to power, he actually did everything in order to destroy the negotiation process not only by his statements but his military provocations.

"Since he came to power, for already two years or any more, there is no process. Therefore, I think the political settlement is possible, but the Armenian government should understand that they are not in the position to dictate. Because the status-quo no more exists, the line of contact no more exists. We created a new reality on the ground and they have to take that into account," said Ilham Aliyev.