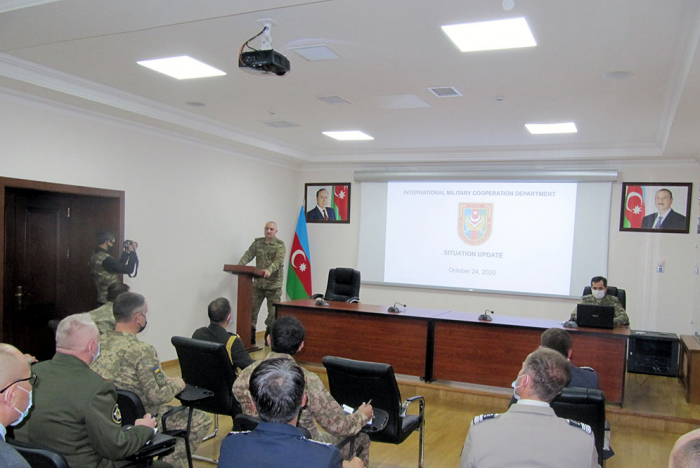 On October 24, the Chief of the International Military Cooperation Department of Ministry of Defense, major general Huseyn Mahmudov gave another briefing for the foreign military attachés and representatives of the international organizations accredited to the Republic of Azerbaijan, AzVision.az reports citing the press service of the Defence Ministry. 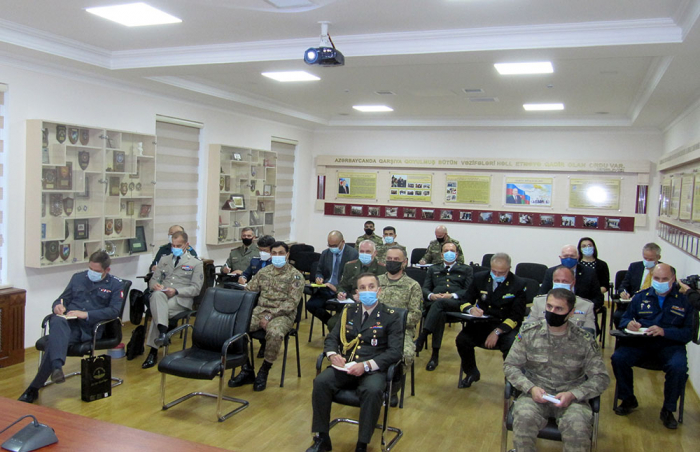 During the briefing, the guests have been informed about Armenian direct participation in the conflict, missile attacks to Gubadli and Lachin districts of Azerbaijan from Gorus and Gafan districts of Armenia, also deliberately continued shelling, from the occupied Aghdere district to Naftalan and Terter districts using multi-launch rocket systems, as well as gross violation of the humanitarian ceasefire regime.