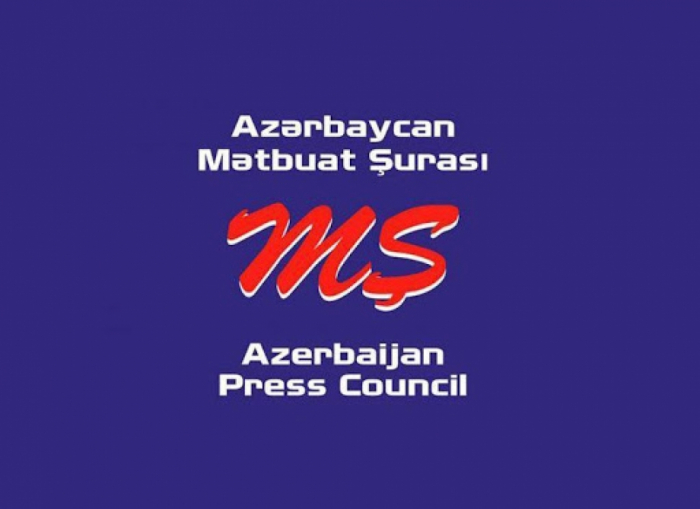 The Press Council of Azerbaijan has made an appeal to leading media outlets, human rights associations and international organisations informing them about the insults and threats the French TV Channel TF1 received from the local Armenian lobby.

It is very important to convey to the world community the truth about the Nagorno-Karabakh conflict, which entered the stage of active military operations on September 27, 2020. This is also of exceptional significance both in terms of increasing the awareness of the just position of the Azerbaijani people and enabling the world at large to form an objective view of the Karabakh issue in general.

Azerbaijan, with the 20 percent of its territory occupied by Armenia, has more than 1 million refugees and IDPs. They are our citizens, who were forced to leave their homes in Nagorno-Karabakh, and the seven adjacent regions. You can't imagine what it means for a person not to be able to go to the land where he was born, grew up and lived for 30 years. Our people’s lives have been marred with these deprivations.

Unfortunately, the world community has been indifferent to the realities referred to above for the past 30 years. This is a sign of indifference to the fate of 1 million Azerbaijanis. In the current context of intensified military operations, a number of Western media outlets are again unfair and biased towards the realities of Karabakh. In the meantime, we also see and appreciate the hard work of those who have so far done their job diligently. This is the reason substantiating our sympathy for the French TF1 TV channel.

Ms Liseron Boudoul, an employee of the TV channel in question, did her job professionally by drawing attention to the current situation in the Nagorno-Karabakh conflict; she has been to Ganja, Tartar and other regions where civilian people were subjected to indiscriminate missile attacks. The material, Ms Boudoul prepared, was broadcast on TF1. Unfortunately, after the channel in question broadcast her report, members of the Armenian lobby in France began to put pressure on TF1 and Liseron Boudoul. Their blatant insults and death threats reached such a level that the TV channel was forced to delete the material from its system.

As the Press Council of Azerbaijan, we are outraged by the unthinkable crackdown on freedom of speech, which is an important indicator of democracy in a country with universal traditions, such as France, and strongly condemn the fact. Please be assured that this is a firm position held by the whole Azerbaijani media.

We consider the unacceptable behavior of the Armenian lobby as a serious threat to Western values in general. This threat is also a very negative precedent for the Continent, and, if not prevented, could lead to more serious consequences. One may assume that it is possible that any objective, impartial and incisive coverage of Azerbaijan and the Nagorno-Karabakh conflict will be met with indignation by the Armenian lobby. Just imagine such a situation for a moment; what one would see is a terrible picture in which the freedom of speech and expression is threatened. We would like you to reflect upon what you see and ensure the implementation of preventive measures.

The pressure, to which TF1 has been subjected, is a threat to the rule of law, not only in France, but in Europe as a whole. This threat could make this type of disregard for higher values such as freedom of speech and expression, pressure on the media and journalists, and intimidation, the norm. We would like you to take this into account. We, Azerbaijani journalists, call on you, leading media outlets, human rights associations and international organisations, to protest the treatment that Liseron Boudoul received from the Armenian lobby.

We call on the French authorities to take serious control of the situation with regard to TF1. We hope by appreciating the extent of the danger, the French government will protect Liseron Boudoul. We would like TF1 to be protected by the French government in the same fashion as the satirical magazine, Charlie Hebdo, which was once under pressure for the cartoons about Prophet Muhammad. We once again call on you to be sensitive to the issue that we brought to your attention in connection with TF1, not to remain silent about open threats to freedom of speech and expression, and to take a serious position on the issue. We are confident that you will show a principled approach.”