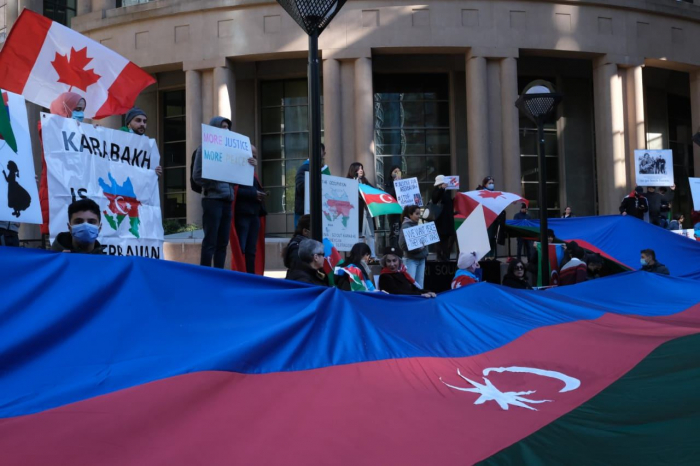 The protesters, gathered in the Vancouver Public Library square, sharply condemned the killings of civilians, including children, the destruction of civilian facilities in Ganja, and other settlements of Azerbaijan following acts of terror committed by the armed forces of Armenia.

The protesters chanted the slogans "Karabakh is Azerbaijan", "No Armenian aggression!" and others.

Representatives of friendly peoples living in Canada who joined the protest action also expressed their support to Azerbaijan.