President Aliyev: It was Armenia who launched attack, we had to defend ourselves 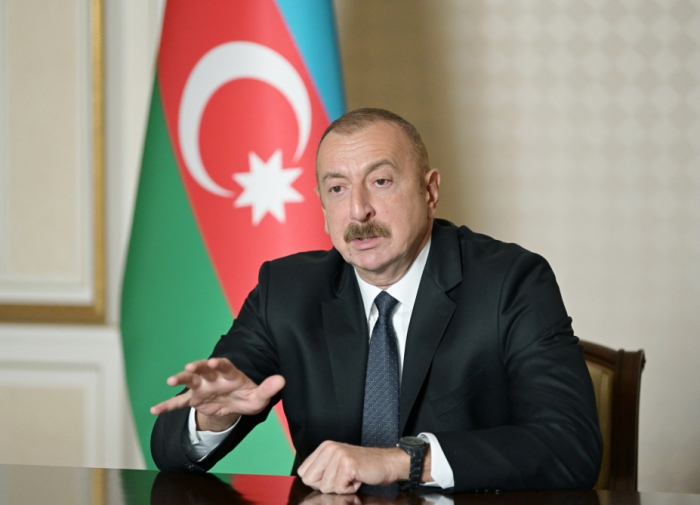 It was Armenia who launched an attack, we just had to defend ourselves and to respond, President Ilham Aliyev said in an interview to U.S. Fox News TV channel.

The head of state noted that it was not Azerbaijan who started the firing on the 27th of September.

“So far, no official representative from any country actually raises this issue in front of us. It was Armenia who launched an attack on the 27th of September. And the purpose was to disrupt completely the negotiation process. They did more or less the same in July when they attacked our forces on the state border between Armenia and Azerbaijan. They were suffering the bitter defeat. Then they sent a sabotage group in August, to penetrate through our military positions, and to attack our civilians and military personnel.”

President Aliyev went on to say: “So, on the 27th of September, they started artillery bombardment from the heavy artillery weapons. And in the first hours of the attack, we had victims among civilians and military servicemen. So far, we have 63 victims among civilians and almost 300 of them wounded. So, it was Armenia. We just had to defend ourselves and to respond. And our response was very adequate and as a result of that, we managed to liberate an important part of the occupied territories.”