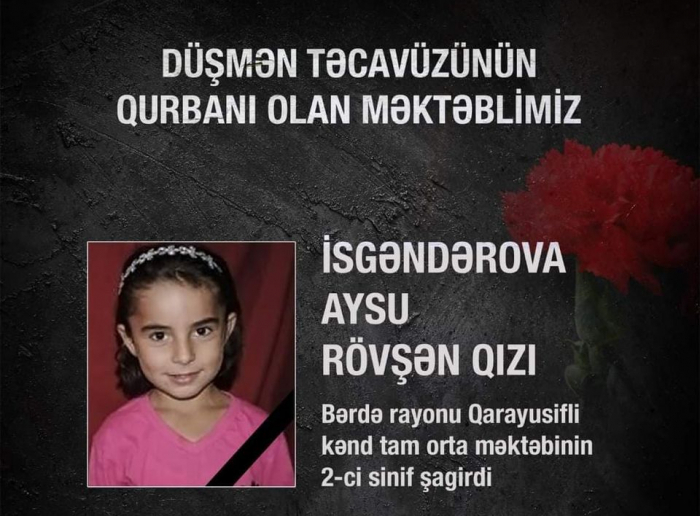 On October 28, 7-year-old Aysu Isgandarova, who got killed as a result of a missile attack by the Armenian Army on Barda region of Azerbaijan, was laid to rest in Garayusifli village cemetery, AzVision.az reports.

On October 27, four civilians were killed and 14 got injured when the Armenian Armed Forces launched a missile attack on Barda region.