"Turkey stands by Azerbaijan in its just struggle" - ambassador 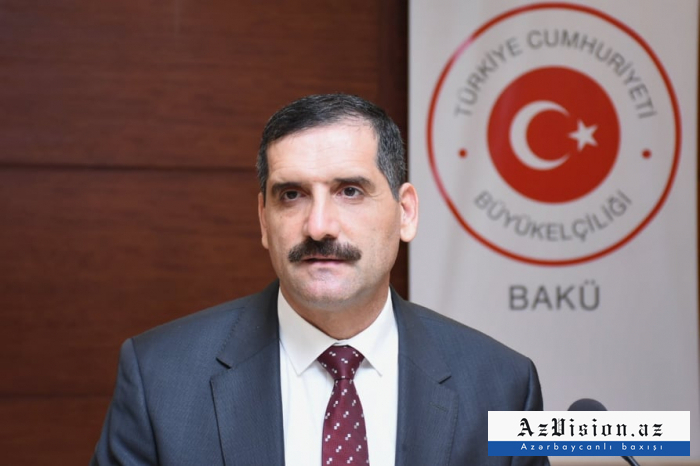 "100 years ago, the greatest help to Anatolia in the war of liberation came from brotherly Azerbaijan. Many Azerbaijani intellectuals who were forced to leave their countries at that time saw Turkey as their homeland and made important contributions to our republic", Turkish Ambassador to Azerbaijan Erkan Ozoral said in his statement on the occasion of the 97th anniversary of the establishment of the Turkish Republic.

The ambassador said that today Azerbaijan is struggling to liberate its occupied territories.

"Turkey, being one of the strongest countries in the world, stands by Azerbaijan in this just struggle. We all sincerely want Azerbaijan to liberate its lands from occupation and return to the homeland where our brothers were forced to leave years ago. Every victory brings tears of joy."

"God to bless all our martyrs who died for the security and prosperity of Turkey and Azerbaijan".