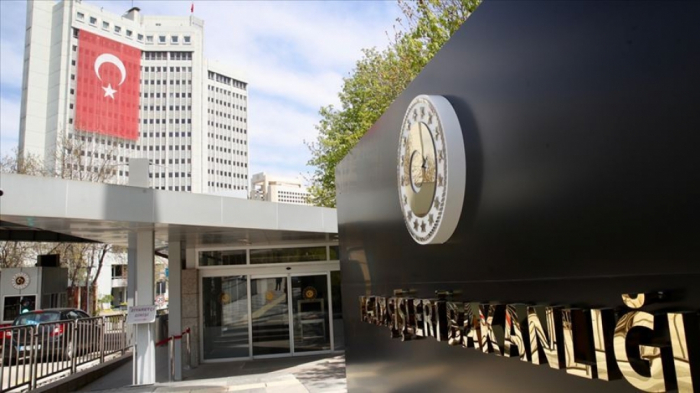 "We curse the vile attacks that Armenian forces continue against civilians without discriminating children, young or old," the ministry said in a statement. "This treacherous policy of Armenia to terrorize and murder civilians is the manifestation of the sickly mentality behind the Khojaly massacre," nearly 30 years ago.

It said the Armenian administration, which uses all available means not to leave the occupied territories, acts like it lost its mind and conscience.

Regarding the Armenian attack Wednesday on Barda, which killed at least 21 civilians and injured nearly 70 others, it said Armenia would be held responsible for conducting war crimes.

"We wish Allah's mercy on our brothers who lost their lives, immediate healing to the injured and our condolences and steadiness to all Azerbaijani people," it said.

It called the international community, especially the Organization for Security and Co-operation in Europe (OSCE) Minsk Group -- co-chaired by France, Russia, and the US -- to respond to Armenia.

Khojaly has deep significance in the decades-long conflict between Azerbaijan and Armenia.

On the heels of the Soviet Union's dissolution, Armenian forces took the Khojaly in Karabakh on Feb. 26, 1992, after pounding it with tank and heavy artillery fire, assisted by an infantry regiment.

The massacre is regarded as one of the bloodiest incidents committed by Armenian forces against Azerbaijani civilians for control of the now-occupied Nagorno Karabakh region.