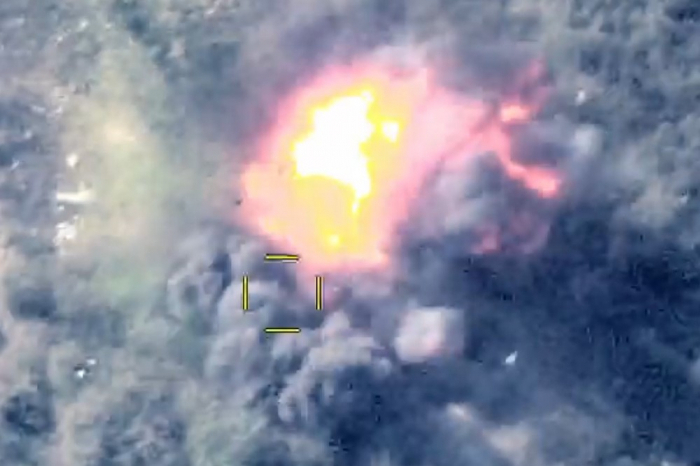 The enemy’s forces, who subjected to fire peaceful population in the Barda city, were destroyed on the battlefield.